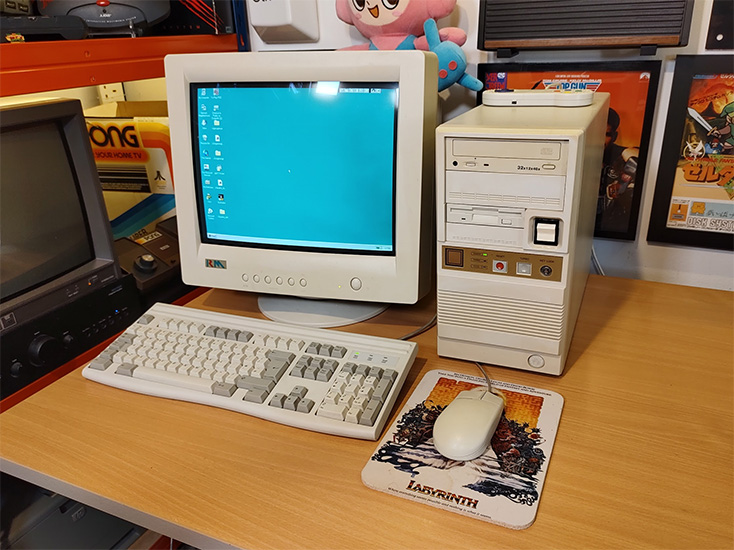 Here are the config files from my MMX 233 system running Windows 95 OSR2.5 (or Windows 95C). This setup has proven to be highly compatible with DOS games and gives CD-ROM, SoundBlaster compatible sound and mouse support in DOS mode while leaving Windows 95 to do its thing.

This is the computer that I used for my S3 ViRGE video (although the HDD died and it has all been reinstalled since then).

These files and the accompanying notes are very mildly adapted from these examples - local mirror of https://madsenworld.dk/con_auto/index-uk.htm#windows9x (external site)

This is mainly here for my own future reference, but may prove useful for other people with similar setups.

This runs when selecting the “Restart in MS-DOS mode” option from Windows. Running these commands as part of autoexec.bat breaks sound in Windows, so we’ll just run it here instead.

If I have done something egregiously stupid above please do let me know using the links below. It will probably save myself and anyone else who blindly copies this some hassle. Just be polite!