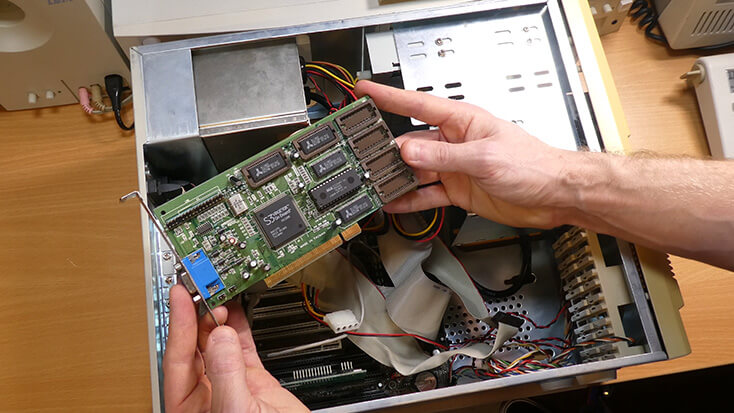 I have installed and tested the following (unless otherwise noted) on my Pentium MMX 233 system running DOS 6.22 / Windows 95 OSR1. Graphics card tested is my S3 Virge DX using the SuperUni driver from vintage3d.org. Some games require the S3DRUN wrapper to work with the later ViRGE DX and GX cards (details below).

This list is a work in progress - games with a green check mark have been tested and confirmed working on the above system.

You can now click here to see a video with a short demo of each of these games in action!

These patches were officially released by the games’ publishers for use with the retail releases of these games.

Retail Releases With No Patch Required (Or Patch Provided on CD)

These games support the S3 ViRGE / S3D accelerated rendering out of the box without additional patches, or if a patch is required, it was included on the CD itself.

These releases were bundled either with S3 ViRGE graphics cards or computers that contained them.

It has previously been claimed that Terracide only supports S3D in the demo version, not retail. In my testing I have found this to not be the case - the retail version also takes advantage of the S3D renderer. I have left the link to the demo version here for reference, it’s a useful and easy test of the S3 card in Windows if nothing else.

These are unofficial fan patches based on other releases (usually OEM).

Some of these games require a wrapper to run on the ViRGE DX and GX cards. This ELSA branded version seems to be the latest and most complete for Windows 95, but I have done very limited testing with it. Instructions are in the included README file.

Here is a version from vogons.org which seems to have a bigger version of S3DSRVR (untested).

I also came across but this seems to be missing the VXD file. The executables are identical but I will mirror both here for preservation purposes. You probably don’t want this.

I have also extracted the version of S3DRUN from the unofficial Screamer patch above, as I’ve personally found this to be very reliable and compatible under DOS. I have packaged that version here. Note that this appears to be a much smaller executable and also doesn’t include the required files to run under Windows 95, but as it came with no README I’m not sure of its origin.

The following games were announced but either released without S3D support or were cancelled before release, allegedly. I am planning to investigate them once the above list is complete.

« Previous: The Pixelmusic 3000 Atari Video Music Clone
» Next: December Update - 1000 Subscribers, 30 Patrons, and Behind The Scenes on Some Upcoming Stuff!