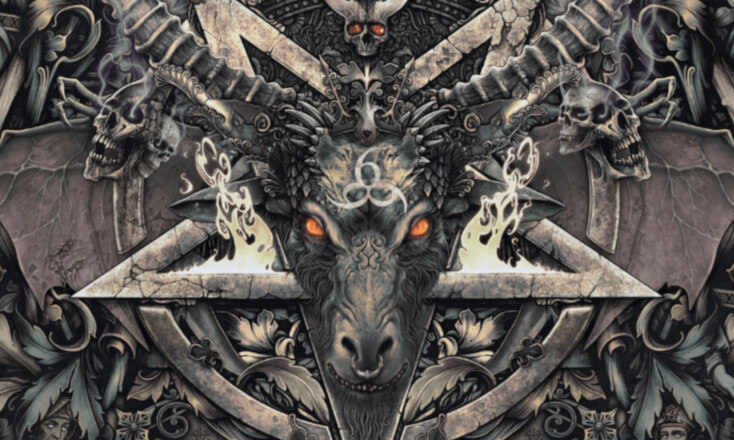 As anyone who knows me will surely attest, my love for DOOM knows no bounds. I’ve been playing it since I discovered it on our first PC back in 1994 at the tender age of 10 years old, and have seen it all over the years. I still regularly play through DOOM 1 and 2 on my 486, an homage that old family PC and pretty much a dedicated DOOM machine at this point.

I’m not really a fan of the modern source ports (looking up and down? jumping!?) and prefer to keep it vanilla, although I’ve been known to flirt with Chocolate DOOM from time to time. But hey, each to their own - the fact that people are still enjoying this game 25 years after its release is a testament to its true greatness.

Anyway, enough about me. As I’m sure you’re already aware, SIGIL is a free MegaWAD created by original DOOM co-creator and level designer John Romero and released in May 2019. It is the unofficial 5th episode of DOOM, and takes place some time between DOOM and DOOM 2. As a fan, this was HUGE news for me.

SIGIL uses the assets of the original game including textures, weapons, monsters, and sound effects, although it does also feature a brand new soundtrack. As a fifth episode to DOOM it’s designed to run using that game’s WAD file and not that of DOOM 2. Thankfully, Romero is very big on originality and was keen to support the more faithful source ports with this release. But will it run in the bog standard original DOOM engine?

(Note that I’m actually using SIGIL_COMPAT.WAD from the official release, but I’ve renamed it to fit within the 8.3 filename conventions of MS-DOS) 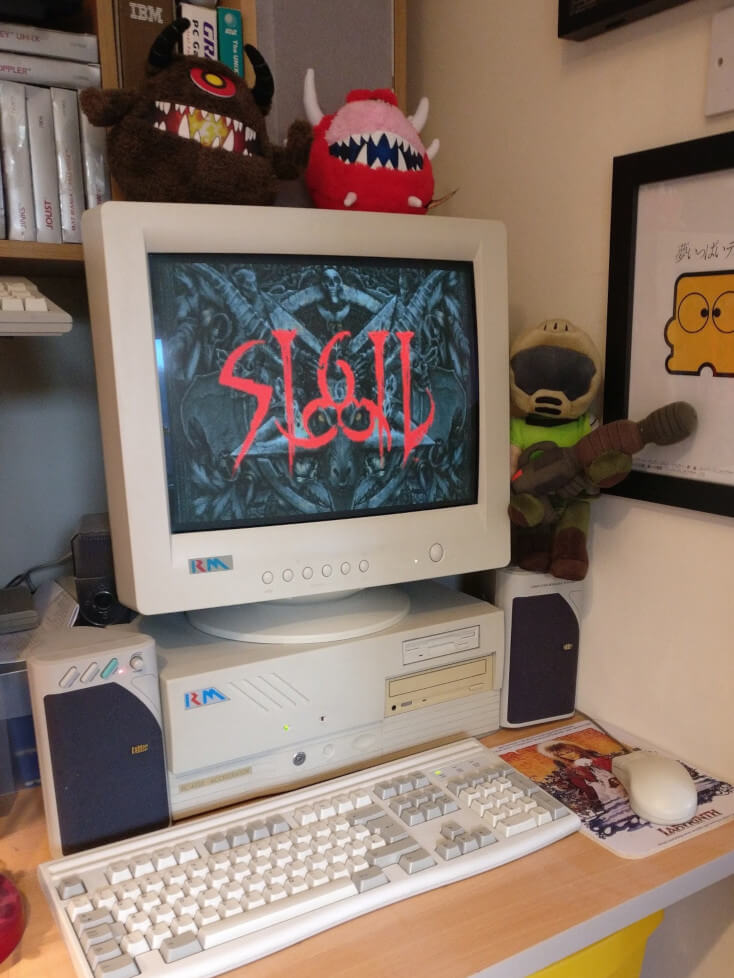 Hey, it works! The game boots to the title screen and the demo (of the second level) starts to play: 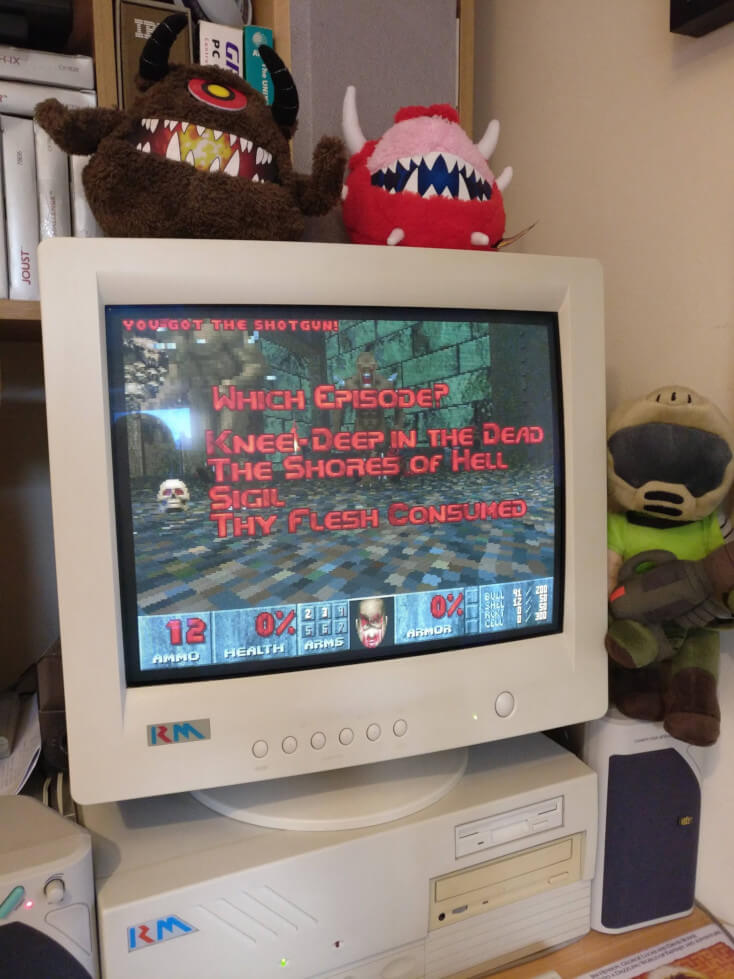 But if we attempt to start a new game, we’re soon met with an error:

But What Does It All Mean?

Well, I think Fandom.com explains it better than I ever could:

“The Visplane Overflow is a fatal error that occurs in Vanilla Doom when there are more than 128 unique floor and ceiling surfaces (visplanes) on the screen simultaneously. The visplanes that cause overflows are most usually the furthest away from the player.”

Basically the new levels are very complex with multiple floors and ceilings, and there’s a hard limit to how many the original DOOM engine will render, based on hardware limitations of the time.

It is actually possible to warp to level 2 with the IDCLEV32 cheat, but it’s glitchy in places and besides, we’re missing out on some of the fun this way!

So How Do I Make It Work?

Well, the linked fandom.com page contains a clue - there was an original sourceport of DOOM written by TeamTNT (of Final DOOM fame) and released in 1999. It goes by the name of “BOOM”. This was a pretty faithful rewrite, adding some nice features but most crucially, removing some of the limitations of the original engine. It’s not quite Vanilla DOOM but it’s as close as you’re gonna get on original hardware if you want to be running SIGIL.

I’m assuming here that if you’re running an MS-DOS PC that you don’t need too much hand-holding. The steps will vary slightly depending on your exact setup anyway.

I also like to use the NOVERT utility so I can play with WASD and mouse control. This prevents the up and down movement of the mouse from moving the player backwards and forwards, which can be very annoying and downright dangerous (hey, it was 1993, nobody’s perfect).

Usually I just copy it into the same directory as DOOM and run it before launching the game - in fact I like to put the whole lot into a batch file so I don’t forget. But it doesn’t work with BOOM for some reason!

Thankfully we can just edit the boom.cfg file and set the vertical mouse sensitivity to 0 - or do it through Options -> Setup -> Mouse Sensitivity in game.

But How Does It Run?

To be entirely honest? Not great. The lighting is a bit “off” for a start - it’s very dark and changing the gamma too much just washes everything out. These levels were definitely designed with more modern rendering in mind. 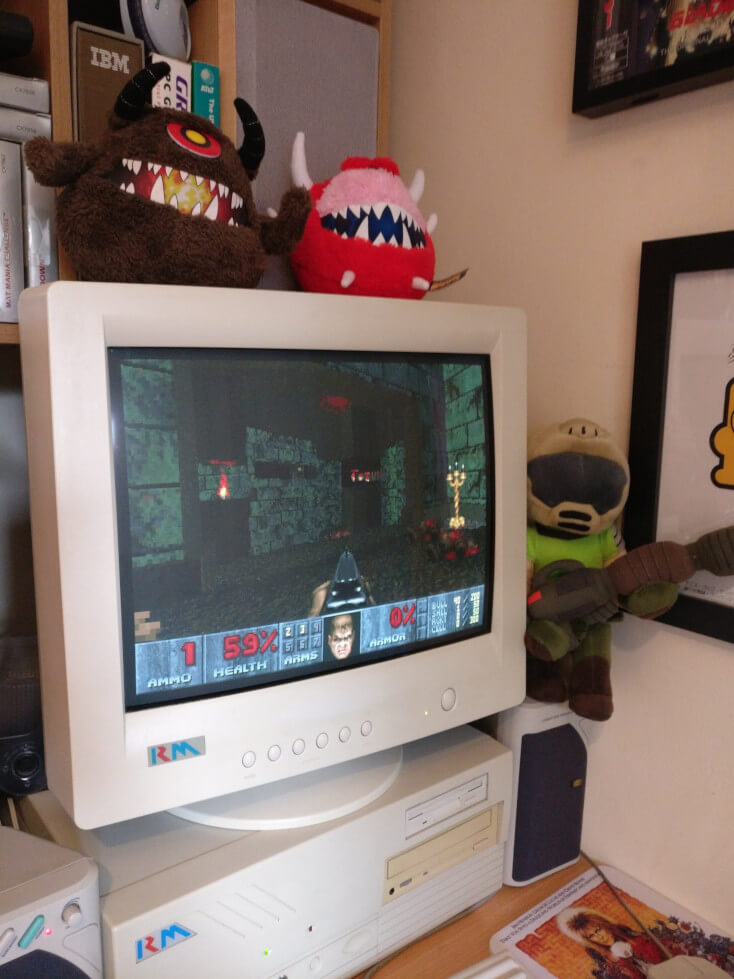 SIGIL also slows down a lot in busy areas. To be fair the original DOOM (and particularly DOOM 2) does suffer a little bit of slowdown as well on this machine, but this is pretty painful in places. This is a top-of-the-range DX4/100!

So it seems that visplane limitation was put there for good reason. Perhaps a higher-end Pentium would handle it better while still providing an authentic MS-DOS experience.