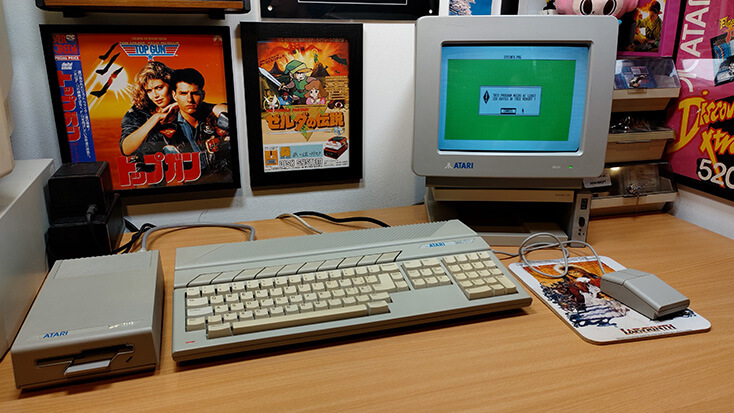 It was a known issue “back in the day” that an Atari ST (or indeed STE) fully upgraded to 4MB of RAM would fail with an insufficient RAM error or even just “bomb out” when attempting to run certain older games. The problem wasn’t with the ST itself but in the way that the games were coded.

MAKE_1MB.TOS (also known as MAKE1MEG) was a popular utility, often given away on magazine coverdisks at the time, that worked by overriding the register in TOS (reportedly located at $ff8001) that reports the detected total RAM to software.

As the name implies, this would make games behave as if the ST only had 1MB of RAM in total, meaning that they wouldn’t attempt to write to invalid memory addresses and crash the machine.

As this utility seems to be becoming harder and harder to track down thanks to bit rot, I have uploaded a local copy here. This can be placed in the AUTO folder to run automatically on boot or can be run manually. It is designed to be able to survive a soft reset.

I’m struggling to find a definitive list so I’m in the process of testing this myself. I’ve seen estimates that up to 5% of the Atari ST’s game library could be afflicted in one way or another. Apparently cracks can also introduce this bug to otherwise working games due to shortcuts / programming tricks used by crackers.

These lists will be updated as and when further information is available.

I’m planning on putting together a YouTube video demoing this phenomemon, but it’s currently still in the research stage. I’m seeing more and more interest in the ST from the world of tech YouTube and that includes maxing out the RAM, so wanted to make this available and get this information out there as soon as possible.