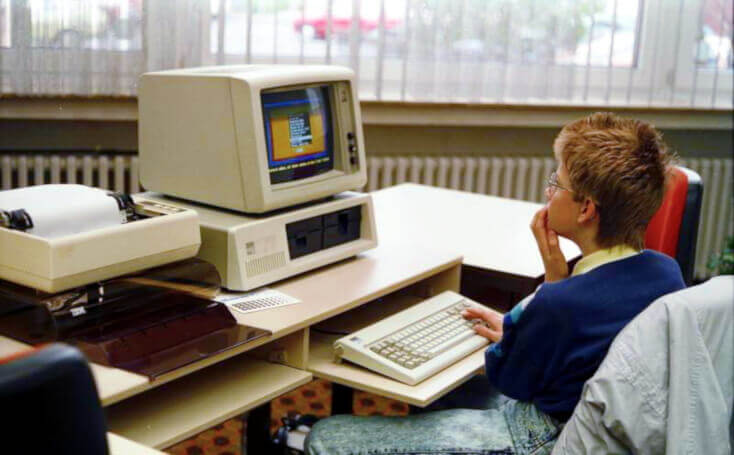 DIY “Open Hardware” Module From 1985 - Build It Yourself!

Update! There is now a PC-SPRINT GitHub repository covering all of the below and much, much more. The original text remains below for reference.

I’ve been looking into overclocking my 1981 IBM 5150 PC - after all, the performance of that 4.77MHz 8088 CPU isn’t great by anyone’s standards. But as anyone who’s read my previous ramblings on the subject will understand, I’m only interested in period correct solutions. I’d still like it to be a 5150 at heart!

I’ve already swapped the CPU for an NEC V20 - an 8088 clone that added optimizations and even implemented the 80186 instruction set. This results in up to 30% performance increase in a lot of applications. The great thing is that the V20 was released in 1982 and was a common upgrade for the 5150, so it meets my vague criteria of “period correctness”. It was also used in some PC compatibles, perhaps most notably the excellent Tandy 1000.

Another advantage of the V20 is that it can run at up to 10MHz, making it ripe for overclocking. So I started researching options and came across a design for a “freeware” DIY board called the PC-SPRINT released by Doug Severson in 1985 - an early example of Open Hardware! 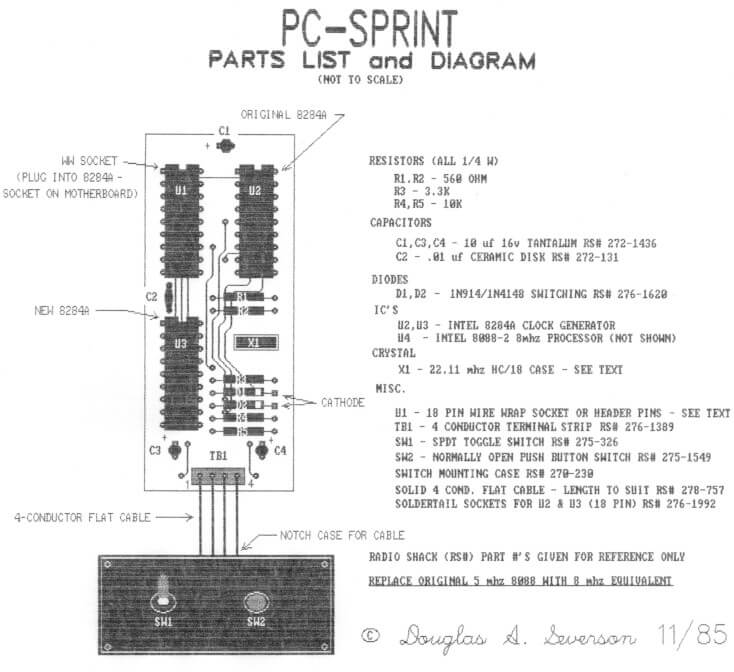 The 5150 uses a 14.318MHz crystal feeding an Intel 8284 oscillator IC to generate its system clock. The 8284 divides that frequency by 33.3% and uses that to clock the CPU giving 4.77MHz. It is possible to drop in a faster crystal but this messes up other timings, notably the video card. 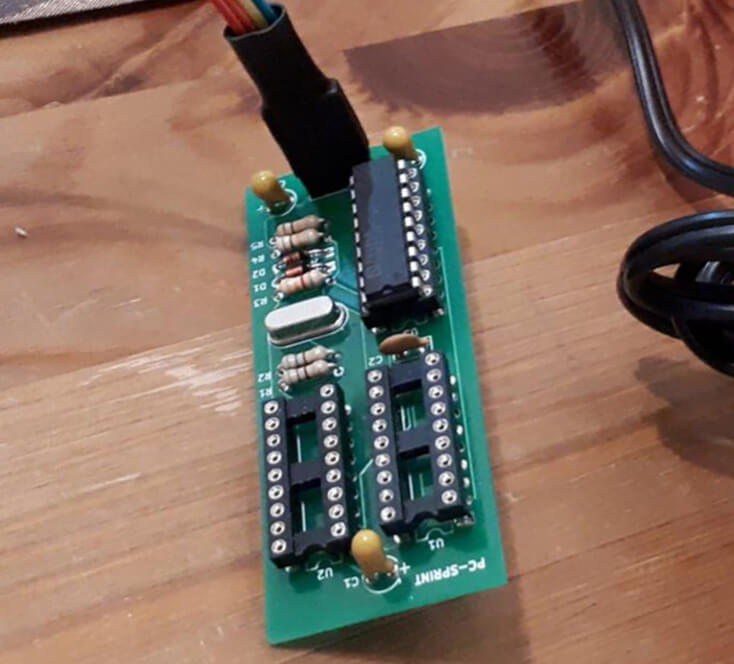 Nobody is currently manufacturing the PC-SPRINT but a user called “Retro Canada” on the Vintage Computer Federation forums re-drew the PCB design in KiCAD and built their own. They then very kindly offered up the CAD drawings and Gerber files for free on the above link (which I’ll mirror here just in case).

So I took it upon myself to get 20 of these boards manufactured at PCBWay, and then sourced the components on ebay. Of course I have no need for 20 of the things but it was one of those cases where it was essentially the same price for 20 as it was for 1, so I’m hoping to get Retro Canada’s blessing to sell the extras. The total cost assembled is around £5.60 per board excluding the crystals - the original specified a 22.11MHz for a 7.37MHz CPU clock but Retro Canada reported instability at this speed, so I’ll experiment.

My first foray into PCB manufacturing - and while it isn’t my design, it’s still all very exciting! This post is the beginning of a series of posts on upgrading and improving the IBM 5150, and there will also be accompanying YouTube videos, so watch this space.

Downloads And Other Resources

I have mirrored these files locally because, after reading around old websites and resources and coming across a lot of dead links, I decided to make an effort to preserve these. This being Open Hardware (but with no corresponding modern license attached), I hope that this is OK with everyone involved.

Note that there is a lot more documentation available in the PC-SPRINT GitHub repository linked at the top of this page.

Please see the below YouTube video all about my overclocked IBM 5150, released in December 2020. I am happy to report that this PC is working fantastically well with the PC-SPRINT at 7.16MHz with no stability issues whatsoever.

See also: list of software that utilizes the 8087 math coprocessor.