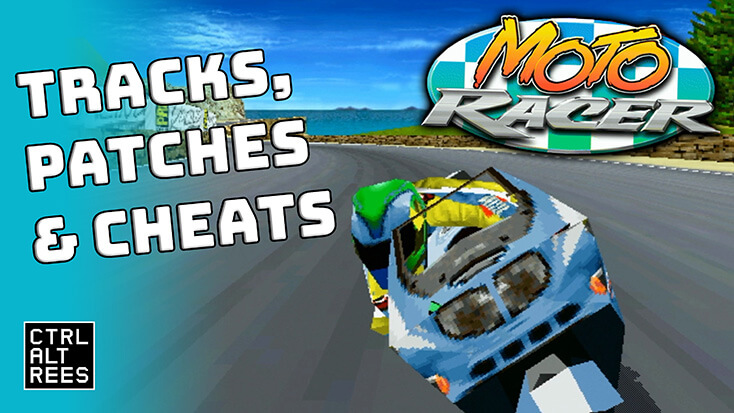 Moto Racer is a Direct3D motorcycle racing game for Windows 95 released in 1997 by Delphine Software International, and published by EA. It was also released on the PlayStation and had a number of sequels. This page is intended as an archive of files and other random information about this game.

Check out my video all about the Matrox Mystique OEM version of Moto Racer here!

The game features a total of 8 tracks, with 4 being unlocked initially and a further 4 being unlockable by completing the championship mode. There were also 2 free bonus “DLC” tracks released on Delphine’s website (download links below). 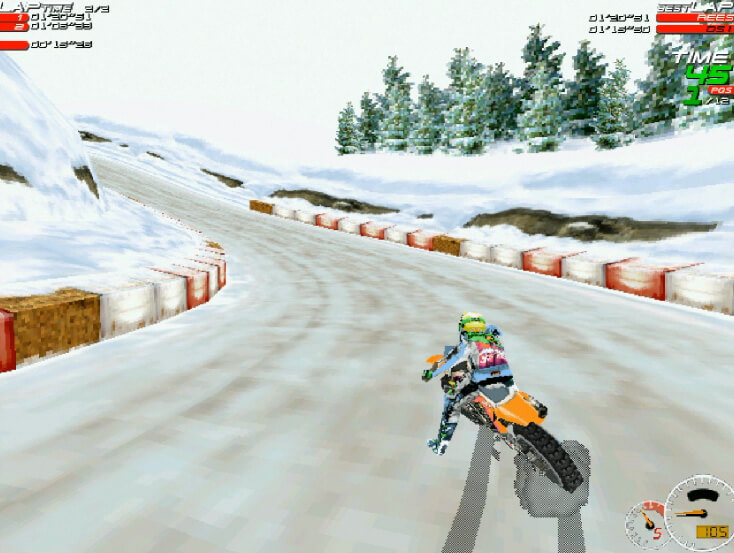 On completion of the championship mode, the game also unlocks “Pocket Mode” (racing using pocket bikes) and “Reverse Mode” (the ability to race tracks in reverse, effectively doubling the number of tracks). These can also be unlocked by cheating (information below).

Moto Racer requires a Pentium 90 with a minimum of 16MB of RAM, with a 2x CD-ROM drive and a 2MB graphics card with DirectX 3.0a support. It requires Windows 95 as a minimum.

Personally I would recommend at least a 133MHz system for the game to run smoothly.

The game supports keyboard, mouse, and analog and digital joysticks and joypads.

A ready to play version for modern systems is available on GOG.com and is usually on sale very cheap!

There is an OEM bundle release for the Matrox Mystique 220 graphics card on archive.org. Note that this doesn’t use the Mystique’s proprietary MSI 3D API, but uses an optimised Direct3D renderer.

They also have the retail release.

Delphine Software released two extra bonus tracks for the game, “Fun Fair” and “Sea of Sand”, which are available to download here. 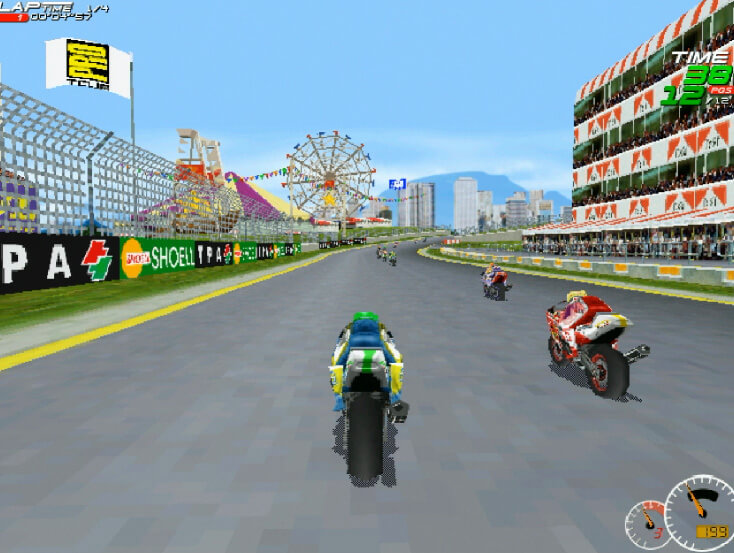 Fun Fair is a long, swooping, high speed road racing track with a fun fair theme, while Sea of Sand is a long and technical motocross track with a beach theme. Both are excellent and highly recommended, IMHO.

To play with the extra tracks after installing, go to Options -> Data Disk from the main menu, and scroll across to the “TWONEWISLANDS” disk. 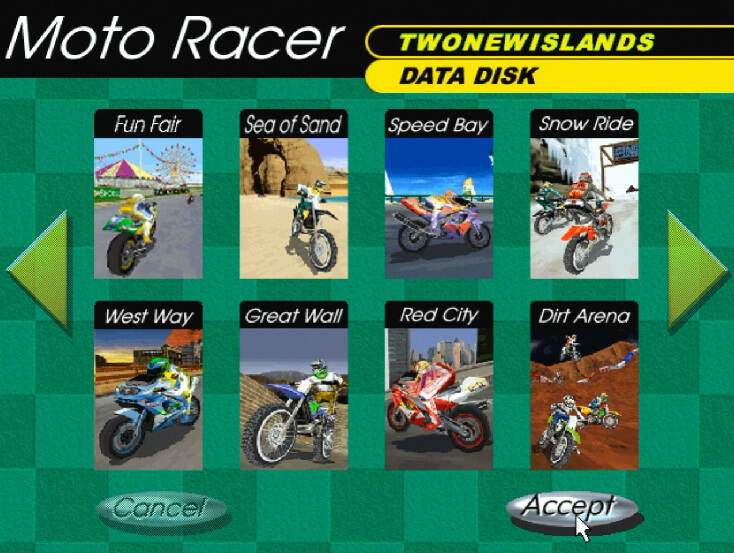 These patches were releaed to address specific issues, so if the game is running fine you don’t need them.

The 3.20 patch adds support for 3D cards with more than 4MB of RAM. Note that this patch will cause freezes and crashes when used with a Voodoo 2 card, so please use the 3.22 patch below if you have a Voodoo2.

The 3.22 patch fixes crashes and freezes with the Voodoo2 card specifically. This patch also introduces a frame rate limit, which can be overridden using the -FrameRateMax command line switch. If you find that the game is running too fast on a later system, try this patch.

Installing either patch over the Matrox Mystique version seems to turn it into the retail release, so it is not recommended (and not required).

There is a NoCD patch based on version 3.22, but bear in mind you won’t get the glorious CD audio tracks! The game runs fine from a CD emulator such as Virtual CloneDrive or a burned CD-R so this is largely pointless these days and just included here for completeness.

Enter the following at the name entry screen. You will know if the cheat has been successful as the game will make a noise and immediately return to the “enter your name” screen rather than starting normally. 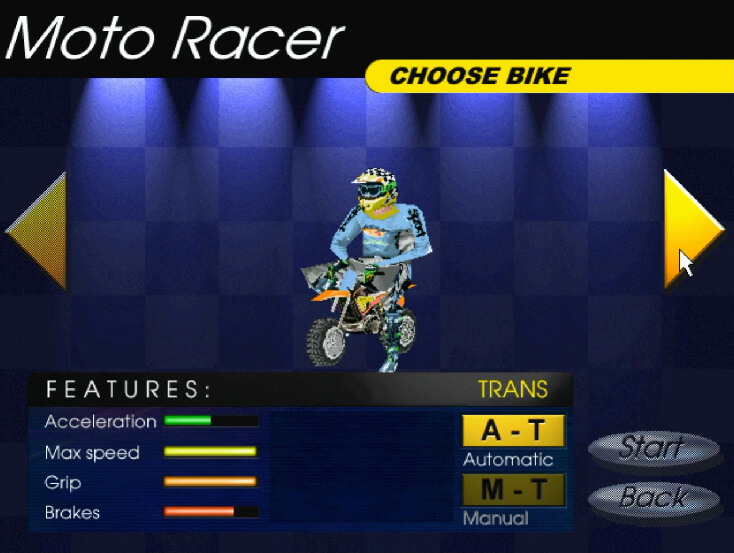